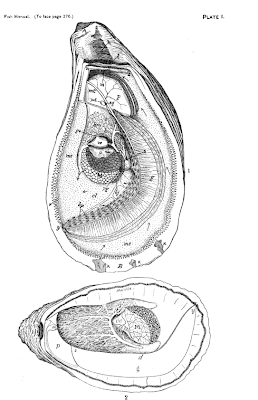 Food adulteration presented a difficult problem in the nineteenth century. Unscrupulous types mixed plaster in flour, tinted butter yellow with marigolds and added arsenic to jarred pickles. An 1896 edition of the American Druggist and Pharmaceutical Reports shares an instance of food adultery taken to new heights. “One might imagine that shell fish would be about the last edible to attract the adulterer’s attention,” the article reports, “yet we are credibly informed that a Frenchman is now manufacturing artificial oysters which are so natural, both in appearance and taste, that, unless they are subjected to a chemical test they cannot be distinguished from genuine ones.”

How exactly are these faux oysters made? The American Druggist goes on to explain that the Frenchman uses “natural shells” which he fills with “certain substances” (what these are the article leaves unstated). The ersatz oysters were then “fastened together with isinglass and immersed in a liquor that speedily covers them with a thin silicate deposit.” The article ends by informing readers that the sham oysters “are being sold freely in Paris, at a price greatly below that which is charged for Blue Points.” 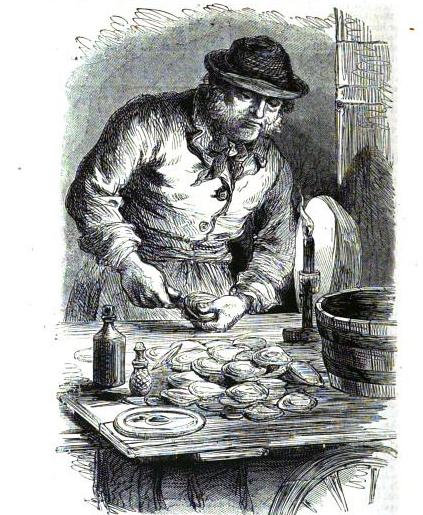 The clever oyster counterfeiting Frenchman took his secret to the grave. You can, however, make your own economical oyster dish by following this recipe from the 1888 seafood cookbook Oysters a la Mode, or The Oyster and Over 100 Ways of Cooking It.

Oysters and Bacon (A Breakfast Dish)

Fry up some mashed potatoes in bacon fat, and break them in pieces with a fork, and let them brown a little more; cut some thin rashers of bacon and arrange round the potatoes, which should be piled up in the middle of the dish. Broil some oysters in their shells with butter and cayenne, turn them out of their shells and place on the top of the potatoes; garnish with lemon snippets. Ham may be used instead of bacon.