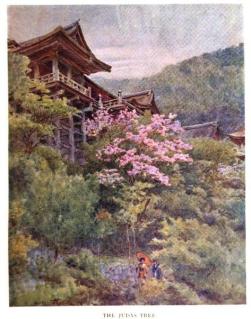 An inveterate traveler and watercolor painter of landscapes, architecture and street scenes, Walter Frederick Roofe Tyndale searched the world for fittingly picturesque subjects, wandering from his native Bruges to the far shores of Morocco, Egypt, Sicily, the Italian peninsula, and eventually Japan.

His trip to the Orient inspired Tyndale to commit to paper his impressions with both pen and brush. Critics praised the fruits of his effort, Japan and the Japanese (1910), for its “charmingly colored pictures,” while at the same time insisting that readers need not read the accompanying text. For his part, Tyndale felt his paintings simply captured the “outward appearance of things,” and the painter in search of artistic materials “amongst the gardens and habitation of so interesting a people … could not fail to get an insight into much that the outward appearance suggests.”

Tyndale recounts in detail his adventures in the land of the rising sun, making special note of the meals he enjoyed along the way. The proprietor of an inn perched on the edge of Lake Shōji knew little of European food, though he had “taught someone to bake bread, and professed to being able to get cow’s milk.” Yet upon hearing this Tyndale was unfazed; ever the cosmopolitan artist, he enjoyed Japanese fare. During his stay he was served a “delicious fish-broth with mushrooms, called owan, a little bowl of tamago yaki, a compound of egg and curded beans, and a dish of fresh trout … and the plain boiled rice with which every Japanese meal ends.” 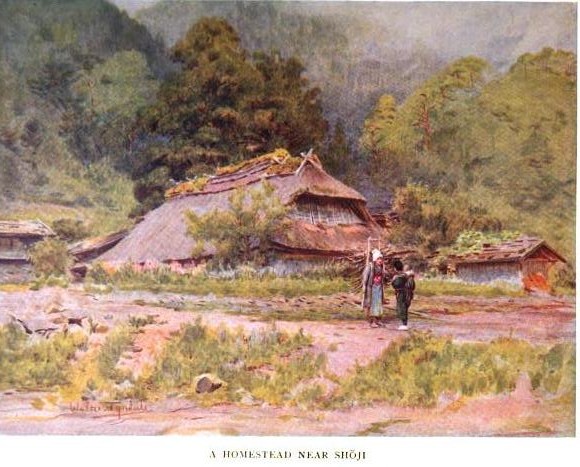 It was a humble, satisfying meal, and Tyndale marveled at the “prejudice foreigners have against the native food…. Ninety-nine out of a hundred would have come here provided with tins, and eaten this messy and often stale food in preference to the clean and wholesome fare the landlord could give them.”

Tyndale relished his time in Japan, and it was with great sorrow, as he writes in the conclusion to his book, that the he bade farewell “to the numerous Japanese” who befriended him during his travels.

Though a trip to the East can prove quite expensive, you need not travel halfway across the world to enjoy a spicy, nourishing bowl of fish soup. Try this recipe from from John and Jan Belleme’s cookbook Japanese Foods that Heal. Eat it alone, or accompanied by the thin omelets of egg and bean curd that delighted Tyndale.

1. In a soup pot bring the stock to a simmer. Add the salt and carrots and simmer for 5 minutes.

2. Cut the fish into bite-size cubes and add to the soup along with the sliced Chinese cabbage stalks. Simmer for 2 minutes.

3. Stir in the sliced cabbage leaves and simmer for 3 minutes.

4. Add the spinach, tofu, if using, and shoyu. Simmer for 1 minute more.

5. Remove from the heat and add the ginger juice.

6. Serve hot, topped with a pinch of the slivered green onion. Set out the Japanese seven-spice on the table so people can sprinkle it on their soup if they like a little more pepper and heat.