Today’s weight-obsessed gastronomes, ever mindful of carbohydrates and calories, generally demur when dinner rolls are passed their way. Yet history reveals that such reticence is unusual. Centuries ago, the attitude prevailed that a meal without bread was no meal at all. Even kings made a show of their baked goods. When in 1663 Transylvanian Prince Mihály Apafi invited the entire Ottoman army to dine with him after a battle, he rolled out, among other tidbits, two-score enormous boules. So impressed with this display was the Turkish world traveler, Evliya Celebi, that he recorded it in his journal. “The meadows were covered with Hungarian carpets,” he writes, “onto which forty giant loaves were placed.” The king’s means of conveying the loaves to the hungry soldiers Calebi found equally impressive. “Each one had to be drawn on an oxcart,” he continues, for “each … was twenty paces long, and five paces wide, and as high as a full-grown man.”

The bread of Eastern Europe impressed travelers with more than its size. Writing a hundred years later, another adventurer, Robert Towson, praised the bread of Hungary for its toothsomeness. “Nowhere else did I eat bread that was lighter, whiter, and tastier than this,” he declared. Baking such heavenly bread was no easy feat; this chore peasants performed but once a week, on Saturday, so a fresh loaf would be available for the Sabbath. It was an all-day event. Kneading alone took a good two hours and required considerable strength. The dough had to rise overnight, which meant that it wasn’t until the wee hours the next day that it entered the oven. 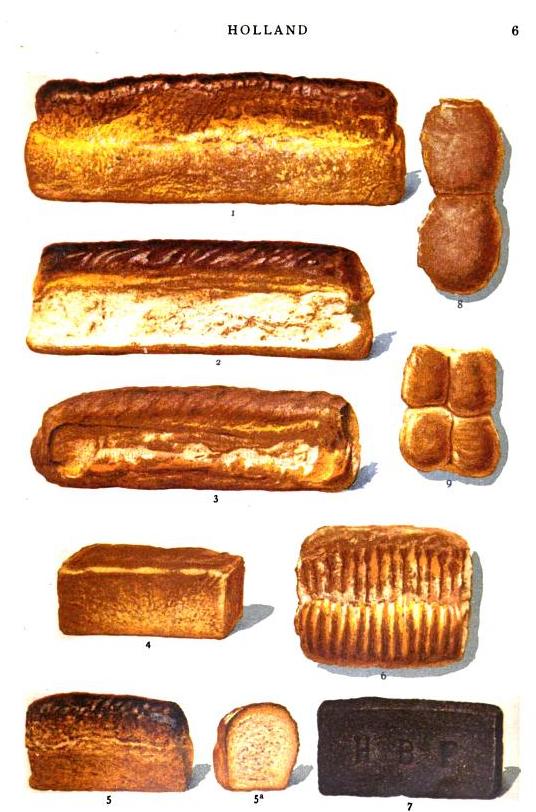 As difficult as this chore of baking was, Hungarian families considered it anything but. No peasant woman dared neglect her bubbling pot of sourdough, her bread’s leaven. In fact, each new bride was given a small lump of sourdough by her mother, which she used to bake the first loaf for her husband. So dear were these loaves that only the man of the house could slice them. In Catholic households, he would mark them with the sign of the cross before brandishing his bread knife. If any pieces fell to the floor, they were promptly picked up and kissed in apology.

Baking day wasn’t without its charms. A portion of dough was usually kept in reserve to be baked at the front of the oven, close to the flame. This imparted a smoky, tangy flavor to the resulting bread, which Hungarians call lángos. Some Hungarians still prepare this morsel, though they nowadays typically fry it and serve it with anything from chopped fresh dill to ewe’s milk cheese. The traditional recipe for lángos that appears below is taken from Culinaria: Hungary.

Cooks the potatoes in their skins. Dissolve the yeast and the sugar in a scant 1/2 cup of lukewarm milk, and stand in a warm place for 10 minutes. Peel the potatoes and mash while still warm. Sift the flour into a bowl. Make a well in the center, and pour in the milk and yeast mixture. Adds the potatoes and the oil, and knead to a smooth dough with the remaining likewarm milk, adding a little salt. Sprinkle over a little flour, and cover with a dish towel. Leave in a warm place for about 1 hour until the dough has doubled in size.

Pour some oil in a skillet of about 2 1/2 inches height. Tear off a piece of the risen dough, and shape it into a round flat cake about 3/4 inch thick. Fry in the hot oil (do not cover the skillet) until golden, then turn over carefully and fry the cake on the other side.

Season with salt, and eat while still hot. Delicious spread with sour cream or garlic juice.

2 thoughts on “Bread to Make a Hungarian Rhapsodic”