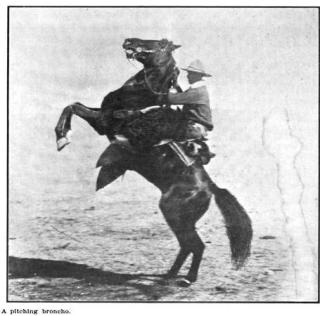 Hyannis, Nebraska was once a “thriving, wide-awake” town, according to a 1904 article from The Overland Monthly. Situated in the center of cattle country, the bustling little burg hosted a yearly three-day “cowboy carnival,” whereon hundreds of cowboys from all the ranches within “seventy-five or a hundred miles” would descend “to have a jolly good time.” The carnival was also a tourist magnet, attracting hundreds of visitors to Hyannis each year.

Masculine display, bravery and foolhardiness greeted the carnival’s patrons. Along with the typical hog-tying and bronco-busting contests the cowboy carnival featured “fancy rifle and revolver shooting,” riding barrels down a giant pipe, ring spearing, and milking wild cows in order to demonstrate “how the cowboy on the round-up” tempered his morning coffee.

Even livestock had to prove their mettle. A contest among horses involved pulling wagons uphill, and these wagons would be loaded with up to a dozen cowboys apiece.

The carnival wasn’t all manly or creaturely prowess, however. A fair share of valiant cowgirls performed stunts, and young boys mounted miniature steeds in “Crow Pony Races.” One of the most popular features of the carnival was the cowboy parade “in which over three hundred men and women participated.” The spectacle of such Western sartorial splendor was truly something to behold. 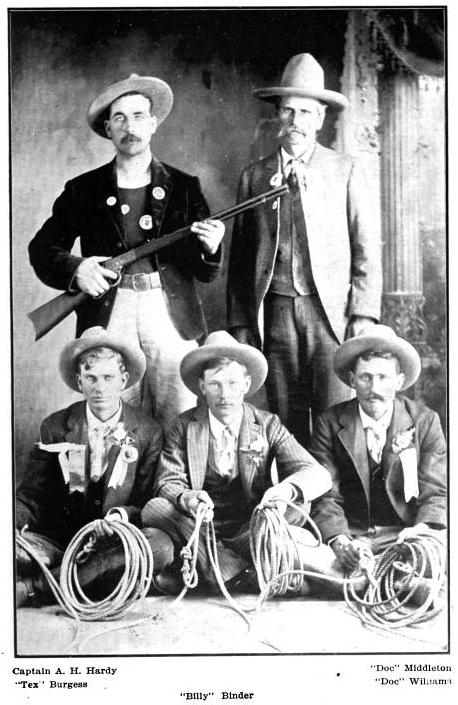 The carnival was also known for its savory, down-home grub. At dinnertime, cowboys and visitors alike would gather around tables of pine lumber for a “chuck” dinner in a “regular round-up style” complete with “tinware for dishes.” A cow was killed each day for the meal, and the tables were heaped high with beef, “bacon and eggs, potatoes, canned corn, tomatoes, peas, coffee and dried fruits.” After this belly-busting feast, the cattlemen then spent the evening “walking back and forth with their great jingling spurs, greeting old friends, forming new acquaintances, telling jokes and occasionally breaking into snatches of song.” Mild-mannered visitors didn’t need to fear for their safety; “there was no disorder nor lawlessness,” and a town could not boast a “more orderly and congenial crowd.” More refined evening activities were also available. For those fond of dancing, there was a ball at the Opera House featuring “exceptionally good” music, “such as one would expect to meet in any well conducted ballroom.”

Though the people of the Nebraska countryside were a taciturn bunch, “to see them and talk with them one would know that they lived where they have plenty of room, for they are large in every respect, physically, mentally and socially.” The wondrous and raucous events of the cowboy carnival are testament to that strength and breadth of body and mind. Indeed, the article concludes, the hospitality of Hyannis “knows no limits.”

Perhaps this renowned Hyannis hospitality manifested itself in plates of caramel fudge prepared after a version of this recipe found in a small booklet published by the Homemaking Class of Hyannis High School, 1950-51.