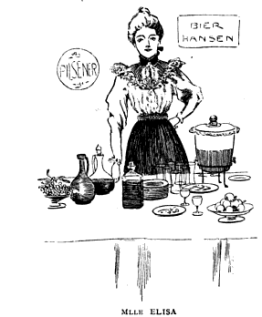 Written at the suggestion of an English bookseller in St. Petersburg, Harry De Windt’s 1901 travel guide Finland as It Is relates tales of adventure and peril in the titular country’s vast, wild expanses. Tired of shopworn travel guides, the St. Petersburg bookseller asked De Windt to write something that would do justice to the mystique of the land of a thousand lakes. “During the summer season,” the bookseller lamented, “I am pestered every day for books upon Finland. But what am I to do? There are none in the market…. Why don’t you write your experiences? Tell people in England and America how to get to Finland, and how to travel through it as pleasantly and as cheaply as possible, and I will answer for the sale of the book — at any rate in Petersburg.”

De Windt accepted the bookseller’s proposition and wrote an entertaining and unorthodox account of Finland for the enterprising traveler. The land is untamed and at times proves daunting for the uninitiated, he writes. But, he adds, a tour of Finland “can easily be accomplished by the most delicate invalid of either sex.” De Windt offers himself as the trusty guide for souls weak and strong. He lays out the train tables, details the best inns and dedicates an entire chapter to Finland’s dairy industry, which supplies Russia, England and Germany with butter.

Though De Windt spends little time discussing Finnish cuisine in detail, he does mention his more memorable meals and offers a few words of warning. He recounts enjoying a delightful repast of “freshly caught trout” and “wild strawberries and iced junket” at a Finnish dairy. He advises travelers to avoid some of the smaller villages, where the diet consists of “seal-meat, salt fish, bread and milk,” and especially warns against a special delicacy eaten with gusto in Southern Finland, an odoriferous mixture “composed of seal-oil and the entrails of sea birds.” 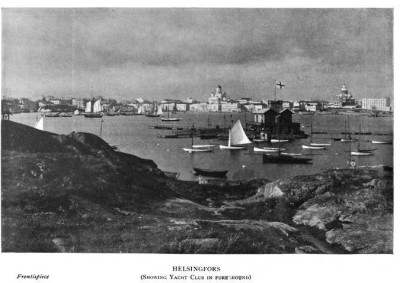 De Windt details many a charming and unique Finnish repast, but nowhere does he mention the delightful Finnish meat rooster, an interesting bread packet of meat and vegetables left overnight to mellow (or “hatch,” as Finns say).

In her 1974 cookbook Natural Cooking the Finnish Way Ulla Kèakèonen presents recipes for meat, fish and turnip roosters, which are a speciality of the Middle Finland province of Savo. Roosters are “hearty food,” she writes, “an early form of canned food, and as that are very practical from an ecological point of view. The can — the thick rye crust — is eaten along with the filling.” These tasty containers of meat and fish “were often taken as provisions for long journeys, especially when one went to work in the woods or on faraway fields.” Today the rooster is eaten mainly for its robust and savory piquancy, but its durable and edible shell and nourishing contents make it the perfect meal for a camping or hiking trip.

Next day, add the salt and the rest of the rye flour, to make a firm but pliable dough. Knead on a floured board. With wet hands, form a ball, and flatten it out to an oval that’s about 1 inch thick. Sprinkle the center with some rye flour, leaving about 6 inches empty at the sides.

Fold the edges over the filling, to make an oval, football-shaped pie. Seal the seams well with water, so that the juices cannot escape. Brush with a mixture of butter and water. (If the edges aren’t sealed properly and the juices do escape, the rooster is said “to sing.”) Put the rooster on a greased baking pan, and bake 1 1/2 hours.

Lower the heat to 300 degrees F. Wrap the rooster in foil, and bake 1 1/2 more hours. Turn the oven off. Wrap the foil package in a thick layer of newspapers, and put back in the oven. Let hatch several hours, preferably overnight. This hatching will soften the crust.

If served for dinner, the rooster is placed on a plate. A lid is cut off. Scoop the insides onto your plate, and cut a wedge of the crust to be eaten as bread. As a snack, or if you want to save part of the rooster, cut into slices like bread. This is a robust meal; accompany it with a cucumber salad, nothing more.

One thought on “A Finnish Meal on the Go: The Meat Rooster”