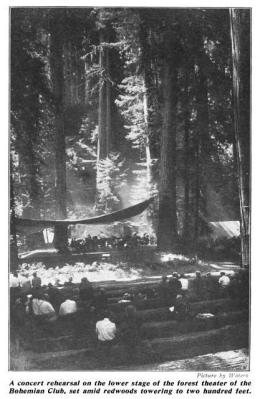 In his 1914 collection of recipes and culinary anecdotes, Bohemian San Francisco: Its Restaurants and Their Most Famous Recipes, Clarence Edgar Edwords defines bohemianism as the “naturalism of refined people.”  He laments that this urbane sort of urban savagery has been made to serve as “the cloak of debauchery and the excuse for sex degradation,” and argues that bohemians’ “innate gentility” prevents “those things Society guards against.” So virtuous are the bohemians, in fact, that “men and women mingle in good fellowship and camaraderie without finding the sex question a necessary topic of conversation.” These noble, free souls “do not find it necessary to push exhilaration to intoxication; to increase their animation to boisterousness.”

Poseurs, Edwords insists, are easily spotted. They frequent restaurants and attract notice by “pelting other diners with missiles of bread.” Sadly, he admits, “San Francisco’s highest form of Bohemianism is rarely in evidence in restaurants.” 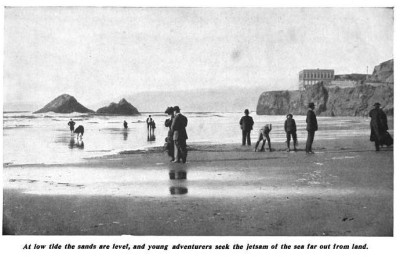 Edwords writes that “some of the most enjoyable meals we have eaten have been in the rooms and apartments of our Bohemian friends, and these meals were prepared generally by each one present doing his or her part in making it a success. One would make the salad, another the main dish, and others do various forms of scullery work, and in the end we would have a meal that would often put to blush the efforts of many of the renowned chefs.”

Should you find yourself in San Francisco, you can dodge the multi-grain missiles launched by poseurs by falling in with a friendly gang of bohemians for an evening’s beguilement. Perhaps they will serve you an Italian risotto, like this one from Edwords’s book.

Soak two level teacups of rice. Mash two cloves of garlic and mix with a little minced parsley. Soak a dozen dried mushrooms in a little water until soft, then chop fine and drain. Cover the bottom of a saucepan with olive oil, place over the fire until quite hot, then put in the garlic, parsley, and mushrooms, add half a can of tomatoes and cook half an hour. Drain the rice and put in a saucepan, adding a little broth, half a cup at a time, to keep from burning, and add, stirring constantly, the other ingredients, cooking all together until the rice is done. Salt to taste; sprinkle with Parmesan cheese.