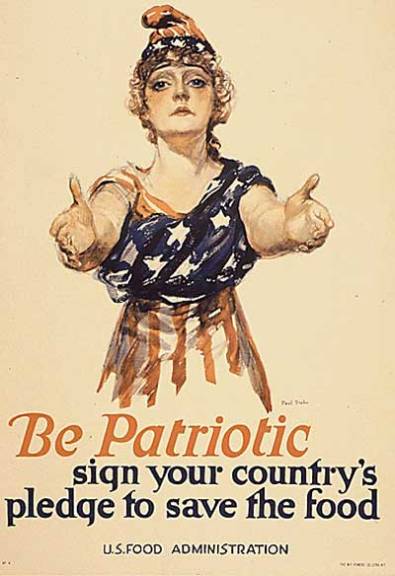 In her introduction to Two Hundred and Seventy-Five War-Time Recipes (1918), Carolyn Putnam Webber writes that the recipes in her book originally appeared “on the slips used at demonstration lectures,” but that she had assembled them for everyday use. She confesses that her recipes represent her belief that “true economy does not consist of going without but in making the most of what one has.” Expressing her conviction that frugal housekeepers in the United States represent a “volunteer army,” Webber adamantly stresses that their efforts can “help avoid rations or restricted diets and stabilize prices.”

Below are two recipes from Webber’s book. They can be served together, or as separate dinners. For the English stew, use whatever meat is most economical. And the samp for the baked samp recipe is not hard to find: Samp is the same thing as hominy, save that it is cracked into smaller pieces.

Cut meat in small pieces and brown with onions in fat from meat. Add barley and 2 quarts cold water. Simmer in covered dish 1 1/2 hours. Add potatoes and cook until potatoes are soft.