Green and specked with spots of golden,
Never since the ages olden —
Since the time of Cain and Abel,
Never such a vegetable,
So with odors sweetest laden
Thus our halls appearance made in.
Who — oh! who in kindness sent thee
To afford my soul nepenthe?

Edgar Allan Poe’s poem “The Mammoth Squash” (1845) certainly is a bit tongue in cheek, but it does pay homage to a most intriguing (and indeed sometimes gargantuan) vegetable: the squash. 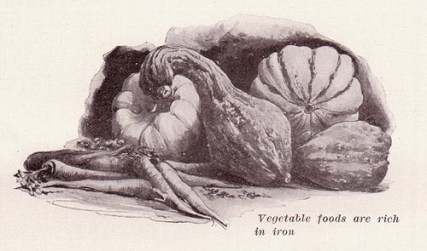 Squash derives from the genus Curcurbita and was first cultivated in North America long before the arrival of European settlers — some archaeologists say almost 10,000 years ago. The name of the vegetable is a reduction of the word squontersquash, which refers to the fact that it can be eaten “green,” or raw and it is, interestingly enough, classified as a pepo, a special type of berry with a thick outer wall or rind.

The squash plant was important to the Native Americans. It was one of the so-called “Three Sisters” — squash, corn and beans. These crops were planted together because they grow in harmony with each other. The corn provides the stalk which the beans need to climb, and the beans fix the nitrogen in the soil that the corn depletes. The squash, which grows low to the ground, keeps moisture in the soil with its broad, green leaves. These three vegetables made up the bulk of the Native American diet. Try growing them in your own garden, as they are a cost-effective way to produce large amounts of vegetable food with little or no hassle.

Here’s a recipe from The Settlement Cook Book (1921) for stuffed squash. Serve it as a side dish or on its own as a tasty vegetarian entree.

Bake the squash. Scrape out shells, being careful not to break the shells. Heat the butter or fat in a spider (pan), add the onion, chopped fine, let brown lightly, add the soaked bread, mashed and the squash. Fry all together 15 minutes, stirring occasionally. Remove from fire, add the salt, pepper and stir in the egg well. Place mixture back into shells; sprinkle cracker crumbs and bits of butter on top and return to oven to brown nicely.