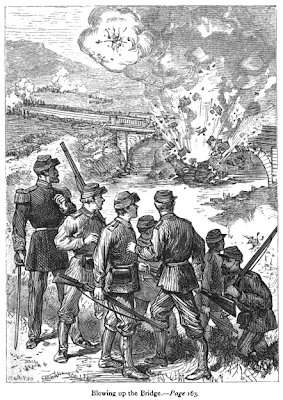 When the Franco-Prussian War broke out in 1870, Prussia struggled to feed its soldiers. Previously, it served them pea soup and bread. But soup is messy, and bread quickly becomes moldy. The Prussian army needed rations that were tasty, satisfying and convenient.

The Prussian state turned to Heinrich Grueneberg for a solution. In 1867 Grueneberg invented the “Erbswurst,” a sausage made from dried bacon and pea flour that could be quickly rehydrated in a mess tin. The Erbswurst proved the perfect food for the Prussian army, as it was tasty and keep well under the worst conditions. The Prussians built a large factory, which employed 1200 people, for making the sausage. The Erbswurst factory produced 5,000 tons of “sausage” during the war.

Perhaps the Erbswurst helped the Prussians defeat the French. It certainly proved popular: In 1899, Knorr purchased the license for the recipe. It continues the production of the Erbswurst to the present day.

Finding Erbswurst in the United States might be a challenge. But you can approximate the taste by making a hearty split pea soup. Here’s a fantastic recipe from Saveur, via The Bitten Word:

Place oil and bacon in a 6-qt. pot and cook over medium-high heat until crisp, about 6 minutes. Transfer bacon to paper towel with a slotted spoon; set aside. Add onions, celery, carrots, and celery root, season with salt, and cook, stirring occasionally, until soft, about 10 minutes. Stir in flour; cook for 3 minutes.

Tie parsley, thyme, and bay leaves together with kitchen twine; add to pot with peas, ham hocks, and 7 cups water. Bring to a boil over high heat. Reduce heat and simmer, covered, until peas are very tender, about 1 hour. Remove from heat. Discard herbs. Transfer hocks to a plate to let cool; pull off and chop the meat; discard fat, skin, and bones. Stir meat into soup, season with salt and pepper, and ladle soup into bowls. Sprinkle with reserved bacon and ground pepper.

Serve with a sour rye bread and butter.

Leave a Reply to The Austerity Kitchen Cancel reply