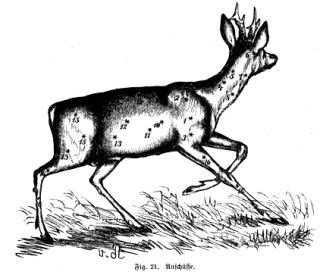 Some carried long bows and forked arrows; others harquebusses, muskets and Lochaber axes. They wore thin-soled shoes, tartan hose, knotted handkerchiefs, sky-blue caps, and garters fashioned from wreathes of straw. Thus equipped and adorned, they, the Irish nobility of Braemar, ventured into the Highland countries to hunt deer.

Numbering fourteen or fifteen hundred, these noble hunters would rise with the sun to consult on the particulars of the day’s enterprise. After deciding the best place to herd their quarry, they dispersed in all directions. Sixteenth-century Londoner John Taylor,  ferryman by trade and chronicler by avocation, relates the details of one such hunting party. The participants were intrepid. No obstacle proves too formidable to overcome. They waded “up to their middles through bournes and rivers” in search of cover. Upon a signal from scouts charged with spotting game, the “tinchel,” or circle of sportsmen, would close in, driving the startled ruminants toward other hunters lying in wait, who greeted them with hundreds of snapping Irish greyhounds and scores of “arrows, dirks and daggers.” In less than two hours’ time “fourscore fat deer were slain” for the noble hunters “to make merry withal.”

The choice cuts of venison went to high-born hunters and were baked into a pastry served on the manor lord’s dais. Seated lower because a few rungs down on the social ladder, the master of the hunt and his fellows received their due in the form of a pie containing the heart, liver and other inward parts of the deer. Known colloquially as “humbles,” “umbels” or “numbles,” these ingredients have since come to be associated with acts of mortification and obeisance. An old saying goes, “Whence, as the haunch and neck were for ‘Lordings’ and the umbles … for the yeoman.” 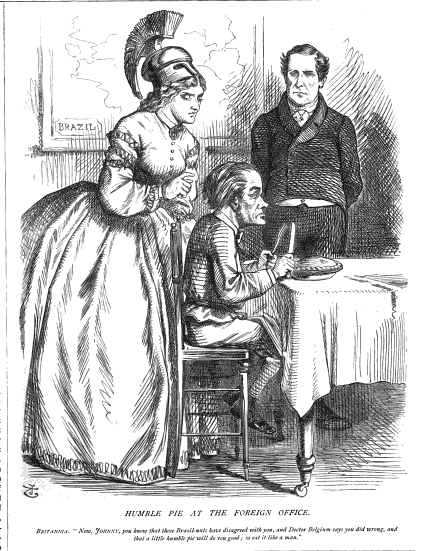 Victorian writer George Augustus Sala insists, however, that humble pie’s reputation is wholly unearned. “He who first decried Humble Pie, and libelled it as a mean and shabby kind of victuals,” he observes in his 1862 tome The Seven Sons of Mammon, “was very probably some envious one who came late to the feast, and of the succulent pasty found only the pie-dish and some brown flakes of crust remaining.”

If you wish to secure yourself a piece of savory humble pie, the recipe below, which also appears in Sala’s work, should, despite its fragmentary character, spare you any unwarranted culinary humiliation.

Humble Pie
“Take the humbles of a deer,” says the recipe, – you see, there is venison for you to begin with, – and then it goes on to enumerate slices of bacon, condiments, buttered crust, and so forth.