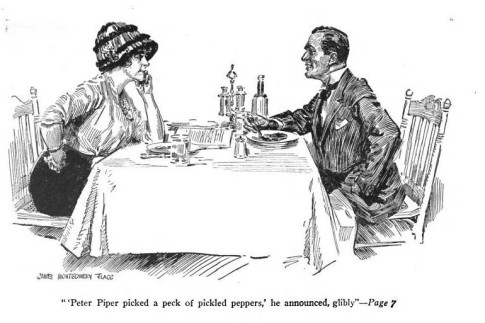 In his 1920 travel memoir Travels in Philadelphia, Christopher Morley sings the praises of the stalwart waitresses who provide service in city of brotherly love’s many late-night lunch rooms. “We had been motoring in the suburbs, a crisp and bravely tinted October afternoon,” Morley writes,

and getting back to town after 8 o’clock as hungry as bolshevik commissars, we entered into the joy of the flesh in a Ninth street hash cathedral. Here and now let me pay tribute to those blissful lunch rooms that stay open late at night to sustain and replenish the toiler whose business it is to pass along the lonely pavements of midnight. Waiters and waitresses of the all-night shift, we who are about to eat salute you! Let it be a double portion of corned-beef hash and “coffee with plenty.

Perhaps Morley enjoyed a Philadelphia corned-beef hash much like this one from the 1914 home economics manual, Mrs. Rorer’s Philadelphia Cook Book.

Mix the meat and potatoes together, put them in a frying pan, add the stock, butter, onion juice, and pepper; stir constantly until it boils. Serve on buttered toast.